In this tutorial, you will learn about the Linux time command – what it is, its purpose, and how to use it.

What Is Linux Time Command?

The time command in Linux and Unix-like operating systems lets you determine how long a specific command will take to run. Usually, it’s used to measure the performance of scripts or commands. The faster a command finishes its task, the better its performance.

In addition, the time command can also display the system resource usage of the process, making it a helpful tool for reviewing the efficiency of a specific command.

For example, you want to choose between two cron jobs that can run the same task. You can determine how long each cron job will take to complete the tasks by running the time command.

However, before we begin talking about how to use the Linux time command, keep in mind that it differs depending on the shell you use. There are three different versions of the time command in the Linux system:

To check which Linux time command version applies to your system, enter the following in your shell program:

Alternatively, you can simplify the GNU time command in Linux by creating an alias command for usr/bin/time.

Using the Time Command in Linux

In this section, you will learn the syntax of the Linux time command and how to read its output.

Getting to Know the Syntax of the Linux Time Command

Using the time command is very simple – all you have to do is open your shell program and enter:

To take full advantage of the time command, you have to understand its syntax:

Time runs the given command with any given arguments (arg). Once the command finishes its task, time outputs information which includes the duration it took to run the command and the resources used by it.

If the program command exits with a non-zero status indicating failure, time will output a warning message and the exit status.

By entering the string format used by the command, you can determine which information to display in the system resource usage section.

If the user doesn’t specify any format, but the time environment variable is set, its value will be used as the format. Otherwise, the default format built into time will be used.

Options are resource specifiers that change the output of time. They must appear before the command. Anything entered after the command will be regarded as an argument.

To view all the options you can use for time, enter the following into the command line:

You will see a list of options you can use to modify the Linux time command output. However, keep in mind that these options may vary depending on the specific operating system and the version you are using.

Let’s begin with a simple first example. To find out how long it takes to run the command ls used to display the content of a chosen directory enter the following into the shell:

You will see the output of the ls command and the time it took to complete it.

Now, let’s try to incorporate an argument. In this example, we’ll try to find out how long it will take to move a file to a different directory:

As a result, the example.txt file has been moved to example-dir, and you will see the time taken to complete the process.

To fully understand the benefits of the Linux time command, you have to know how to read its output.

Reading the Output in Terminal

The default output of the built-in time command contains the following information:

Here’s an example. If we enter the command below into the command line, the system will download the installer for the open-source virtual machine program VirtualBox:

Writing the Output to a File

At times, you might want to save the information you received using time. Fortunately, there is a format option that lets you write the command output to a file.

If you use the GNU time command, the -o option will let you do just that – it will create a new output file containing information on the other command.

For example, enter the following command to save the ping information of hostinger.com and details about its process into a new file:

Note that if you use the Bash shell and want to use -o or any other option, you’ll have to summon the external time command by using the explicit path usr/bin/time instead of just time.

To check the content of hostinger-ping-info.log, use the cat command:

Getting Detailed Output in a File

The default time command output might not include all the details you want to know about a particular process. To display detailed output, add the -v option to the time command in Linux.

For example, if you want to find the ping or response time of hostinger.com and view detailed information about the process, enter the following command:

If you don’t use the GNU time command or have encountered a standard error stream, try triggering the external time command by entering the full path usr/bin/time instead:

Alternatively, users can customize the types of information they’d like to see in the output when entering the time command by using these output format options:

For example, if you want to display the number of socket messages received by the command, enter the following into the shell:

Alternatively, if you use the Bash shell, you might prefer the built-in time command’s TIMEFORMAT. TIMEFORMAT uses a particular format string to let users specify how the timing information should be displayed.

The time command in Linux is an excellent tool for checking the execution time and overall performance of a particular process. In this guide, you have learned the Linux time command, its purpose, syntax, and output.

We hope that this guide has helped you learn how to navigate the Linux system more efficiently.

Edward is a Content Editor with years of experience in IT as a writer, marketer, and Linux enthusiast. Edward's goal is to encourage readers to establish an impactful online presence. He also really loves dogs, guitars, and everything related to space. 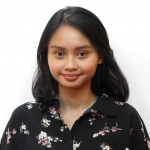 Hasna is a Content Writer at Hostinger. With passion and knowledge in IT and digital marketing, she hopes to help people solve their problems and succeed. When not writing, she enjoys live music and overanalyzing movies.

More from Hasna A. How to Migrate Your Website From Shared Hosting to VPS