Padding vs Margin: What’s the Difference in CSS?

When editing a website using CSS, the most used properties for spacing out elements on a page are the padding and margin. For beginners, these terms may sound confusing. Plus, if applied incorrectly, they can lead to a messy web design.

Hence, this guide will explain in more detail the difference between padding and margin, how they work, and how to implement them in CSS. Extra tips are also available at the end of the article to help you use them properly.

Padding vs Margin: What Is It and When Should You Use It?

Both padding and margin are used to create a WordPress theme and customize the layout of a website. However, each has its own purposes and functions.

The padding property is what creates the space or area around an element’s content. It consists of the top, right, bottom, and left padding. In CSS they are written as padding-top:, padding-right:, padding-bottom:, and padding-left:. Their default values are 0.

To add padding to an element, you can set the values in:

Keep in mind that you can’t use negative and auto values for paddings.

Here’s an example of a standard padding CSS code:

Padding has a shorthand property – padding:. It simplifies the above code to a one-line code. This is to prevent having a long CSS file, which can slow down your site’s loading time.

The padding shorthand property can have from one to four values:

Keep in mind that when you fix the width of an element, paddings will add to the total width. Take the following example:

The total width of the element is 300px, or 250px plus 25px of right padding and 25px of left padding. If you want an element to have a specific width, do take the padding length into consideration.

Use padding when you don’t want the content of an element to touch the edges of its container. You can also use it to increase and decrease the size of web elements.

Take the button element, for example. The padding is the area surrounding the button label or text. When you edit the padding, it will affect the size of the button because you will either have more or less space around the text.

The margin property is the outermost layer of a web element. In other words, it creates space around the element. The property consists of margin-top:, margin-right:, margin-bottom:, and margin-left:.

Just like padding, margin can be set in length, percentage, and inherit values. However, it also supports:

The standard margin code is:

In CSS, margin also has a shorthand property – margin:. It’s determined by the number of values as well:

Remember to write the values in order from the top, then move clockwise towards the left.

To auto set the margin, simply type the code:

It will horizontally center the element within its container. In other words, the element will take up the specified width, and the remaining space will be split equally between the left and right margin.

Use a margin when you want to move elements up, down, left, right, or center them. The distance between elements is also the work of margins. Other than that, margins can also be used to overlap elements.

For example, with the image element, you can use a margin to place another image on top of it. Alternatively, set a specific distance between the image and a text box.

CSS Padding vs. Margins vs. Borders: What’s the Difference?

Margins form the space outside the borders of elements. Unlike padding, margins can still affect an element whether or not it has borders.

Every web page is made up of rectangular content blocks. They are arranged on top of, below, and next to each other. These blocks are what you call HTML elements.

The CSS box model is basically a container or box wrapped around every HTML element. It consists of:

Below is the code of a standard CSS box model with its preview:

How to Add Padding in CSS

The following tutorial will show you how to add padding to a heading element on a WordPress post.

How to Add Margins in CSS

Tips When Using Margins and Padding

Different content elements may work better with margins or padding. So take that into account when choosing between the two. Here are some other tips you might find useful:

If manually editing a website’s layout using CSS is too complicated for you, try a page builder. It doesn’t require coding and offers easy customization, saving you a lot of time.

Plus, the design you create will automatically be responsive. You won’t need to worry about making difficult design decisions regarding margins and padding. The website will adjust flawlessly on various screen sizes.

In CSS, both margin and padding add space to web elements, but each brings different results. Padding is the space between the content of an element and the border.

On the other hand, the margin makes the outermost space of the element.

For beginners, it can be a bit confusing to decide which property to apply when designing your website. However, you’ll become more familiar with them as you play around and experiment.

Hopefully, the tips mentioned in this article helped you understand their differences and when to use padding vs margin.

Was this tutorial helpful?

Domantas leads the content and SEO teams forward with fresh ideas and out of the box approaches. Armed with extensive SEO and marketing knowledge, he aims to spread the word of Hostinger to every corner of the world. During his free time, Domantas likes to hone his web development skills and travel to exotic places.

Padding vs Margin: What’s the Difference in CSS?

When editing a website using CSS, the most used properties for spacing out elements on a page are the padding and margin. For beginners, these terms...

How to Link CSS to HTML Files in Web Development 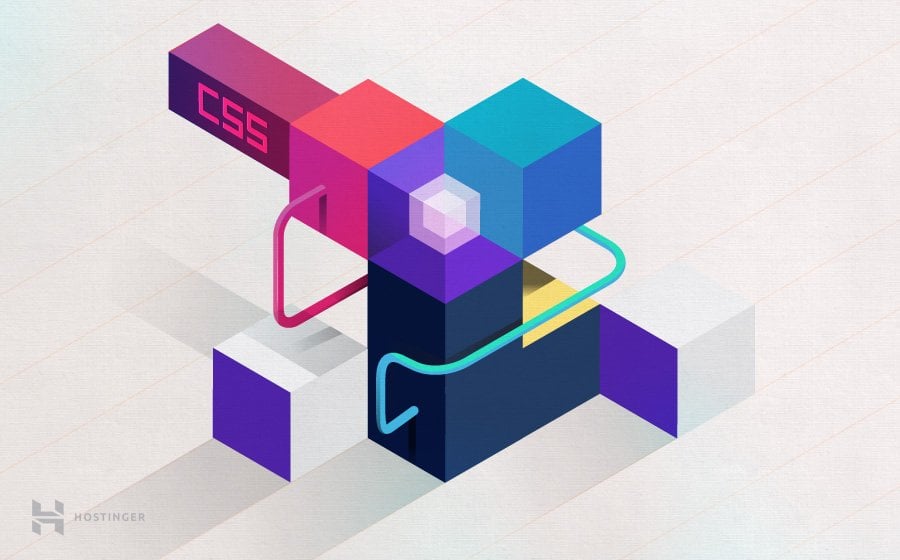 The main difference between inline CSS and external CSS is that inline CSS is processed faster as it only requires the browser to download 1 file...