What Is Docker and How Does It Work? – Docker Explained

If you have an application or service and want it to work on different systems like VPSs or dedicated machines without any issues, consider using containers. One of the most popular container platforms is Docker, although not everyone knows what it is and how it works.

In this tutorial, we’ll explain what Docker is, how it works, and how it differs from virtual machines (VMs) and systems, like Kubernetes and Jenkins. We’ll also go through the pros and cons of Docker and list its most popular use cases.

The main difference is that Docker containers share the host’s operating system, while virtual machines also have a guest operating system running on top of the host system. This method of operation affects the performance, hardware needs, and OS support. Check the table below for an in-depth comparison.

Even though Docker’s container technology comes on top in most aspects, virtual machines are more secure because the OS is kept independent from the hardware.

Docker vs Kubernetes and Jenkins

While Docker is a platform for building and running containers, Kubernetes is an open-source container orchestration system. These two systems cannot be compared directly – Docker is responsible for creating containers, and Kubernetes manages them at a great scale.

However, Docker offers its own orchestration system called Docker Swarm. Here’s a table with a comparison of Kubernetes and Docker Swarm:

It is not possible to compare Jenkins with Docker because they products that serve entirely different purposes.

Jenkins is a core automation system for the CI/CD (continuous integration and continuous delivery) development model where developers push small chunks of code continuously to prevent merge errors. Docker, on the other hand, is a containerization system.

While these systems cannot be compared, you can use both for the best results. Have Jenkins schedule different tasks and Docker isolate jobs from one another with the help of containers.

Using Docker containers saves users the hassle of troubleshooting possible compatibility issues between systems. That’s because with Docker, a piece of software runs the same in all environments.

What Is a Docker Container?

A Docker container is a software package with all the required dependencies to run a specific application. All of the configuration and instructions to start or stop containers are dictated by the Docker image. Whenever a user runs an image, a new container is created.

It’s easy to manage containers with the help of the Docker API or command-line interface (CLI). If multiple containers are required, users can control them with the Docker compose tool.

How Does Docker Work?

The Docker architecture consists of four main components along with Docker containers which we’ve covered earlier.

Using Docker on Hostinger is as easy as getting a VPS and installing it on your Linux distribution like Ubuntu or CentOS.

The Pros and Cons of Docker

While Docker has many advantages, it does fall short in some respects. In this section, we’ll go over the main pros and cons of the software.

Don’t download Docker images from unknown sources as they could contain malware.

Docker has a wide range of applications. In this section, we’ll go over three common Docker use cases and explain how you can benefit from it.

With Docker, you can try out new software without installing it manually. Docker is also useful if you need to have a piece of software ready quickly. For example, setting up a MySQL server is a long and tedious process. With Docker, it only takes one command via the CLI to do it.

To Learn About the CLI

Even though Docker can run on all types of machines, it was primarily designed for Linux. Therefore, we recommend setting it up on a Linux-based system. It will provide you with an excellent opportunity to learn more about system administration, command-line interface, and scripting.

In case of hardware failure, users can quickly revert any changes if they have a Docker image ready. They only need to import the image backup to a new machine, and Docker will do the rest. Docker image backups are also beneficial when developers want to roll back to a previous version of specific software due to bugs or incompatibility.

Developing an application is a challenge, and making sure that it works in every environment is an even bigger milestone. Docker containers solve this issue by giving developers a way to port software easily.

In this article, we’ve gone over the differences between virtual machines and Docker, explained how it works, and compared it to popular systems like Kubernetes and Jenkins. We’ve also discussed Docker’s pros and cons and covered some of its use cases.

We hope that this article has helped you to learn more about Docker. If you have any questions or suggestions, let us know in the comments section below.

What Is Docker FAQ

Docker is the name of the platform, while Docker Engine is an open-source container technology that consists of a Docker server (daemon), client, and APIs. People might also confuse the software with the Docker client because it’s also called docker, only in lowercase letters.

Docker CE and EE are 2 different versions of Docker. The former is free, and the latter a premium service. Both offer the same core features and functionality but work on different OSs. If you’re not creating software at a great scale, we recommend opting for the CE.

Is Docker Hard to Learn?

It can take a while to master Docker, although launching your first container won’t take long. To get started, Docker provides its users with an easy-to-use Docker Desktop application and offers comprehensive documentation for beginners and intermediate users.

Was this tutorial helpful? 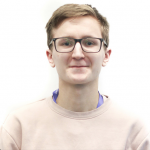 Ignas is a Technical Content Writer at Hostinger. After helping people tackle even the most complex technical issues as a Customer Success Specialist, his current goal is to write easy-to-follow articles so that these issues will not happen at all. During his free time, Ignas likes to play video games and fix up things around his house.

How to Install Ubuntu on Desktop (Laptop or PC)

Choosing which Linux distribution to install can seem challenging as there are many versions to choose from, and each of them offers very different...

What Is Docker and How Does It Work? – Docker Explained

If you have an application or service and want it to work on different systems like VPSs or dedicated machines without any issues, consider using...

How to Secure Your Linux Server with Fail2Ban Configuration

Fail2Ban is arguably the best software to secure a Linux server and protect it against automated attacks. When enabled, it offers many customizable...